On Saturday last it was Alpine tourer Peter Rush who made the bold move to base-layer Spiderman under the retro Le Maillot Violet, as the present jersey has been dubbed. Eye-brows were raised at the unusual sight, but he wore it well. Chapeau. 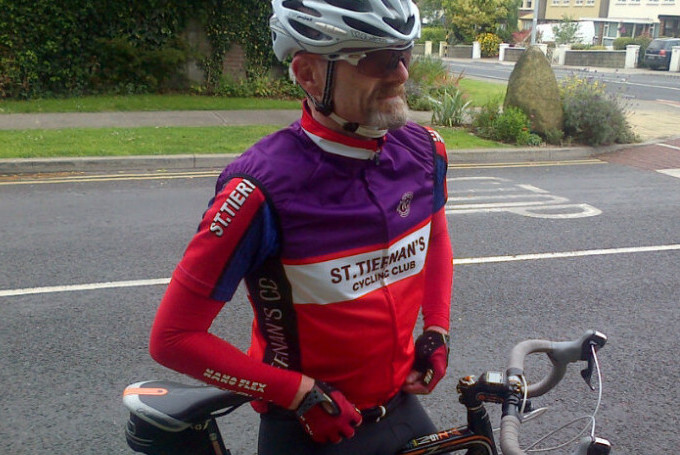 Going where no man has gone before; Spiderman base-layer under current kit jersey.

The route took the five riders to Enniskerry-Long Hill-Laragh-Gleneally-Bray-Enniskerry. It was a century ride for most.

No Replies to "Fashion: Spiderman vs Retro"