May and Clifford headline as ICL 2014 concludes

August 29, 2014 – FERGAL MAY and Lawrence Clifford were the St. Tiernan’s winners on Tuesday night as the 2014 Inter-club League concluded at Black Bull.

The race around the Green Sheds circuit and finishing at the cottages was a clean sweep for Lucan, but May retained his second-place position behind UCD’s Sean McKenna in the league table, holding off Lucan’s John Caffrey by three points.

The Grasshopper Inn in Clonee hosted a warming presentation ceremony at which winners received wine, prize money and vouchers and water bottles from Stagg Cycles. 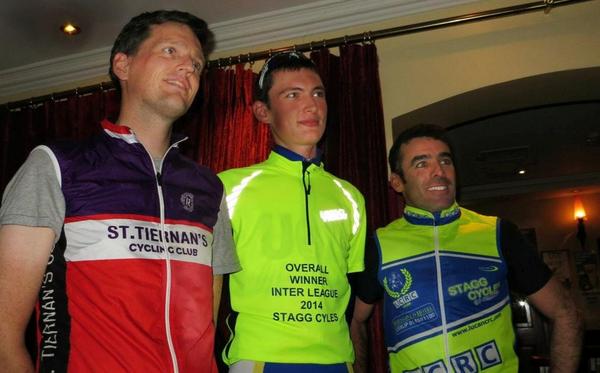 No Replies to "May and Clifford headline as ICL 2014 concludes"