The map, found in founding member Pat Feehan’s tour diary, was unearthed by participant Rory O’Toole and details the 600-mile route and 10 stops as the group toured from Dublin, through Mullingar and Sligo and around the west coast to Galway.

Another participant, Neil Fitzpatrick recalled: “It was 2 weeks, it rained pretty much from Mullingar to Galway. We kipped in the bar in the Strand Hotel on Achill Island and we were fed and serviced on the road by Tadgh and Fat Sam; You had to be there to believe it.”

O’Toole added: “The night in Achill was epic – slept in the bar of the hotel while the wind howled outside. Remember seeing a mobile home on its side, split in two, the following morning. Loved this cycle!”

Below the 900-mile epic from 1986 is recalled as a prologue to the diary for this 1988 journey, which took place from July 19 to August 1. Below that, the start list includes 1994 Junior Tour winner Aidan Duff, subsequent chairman Brian Hayden, a huge Feehan contingent and Tiernan’s racing star Stefan Engemann. 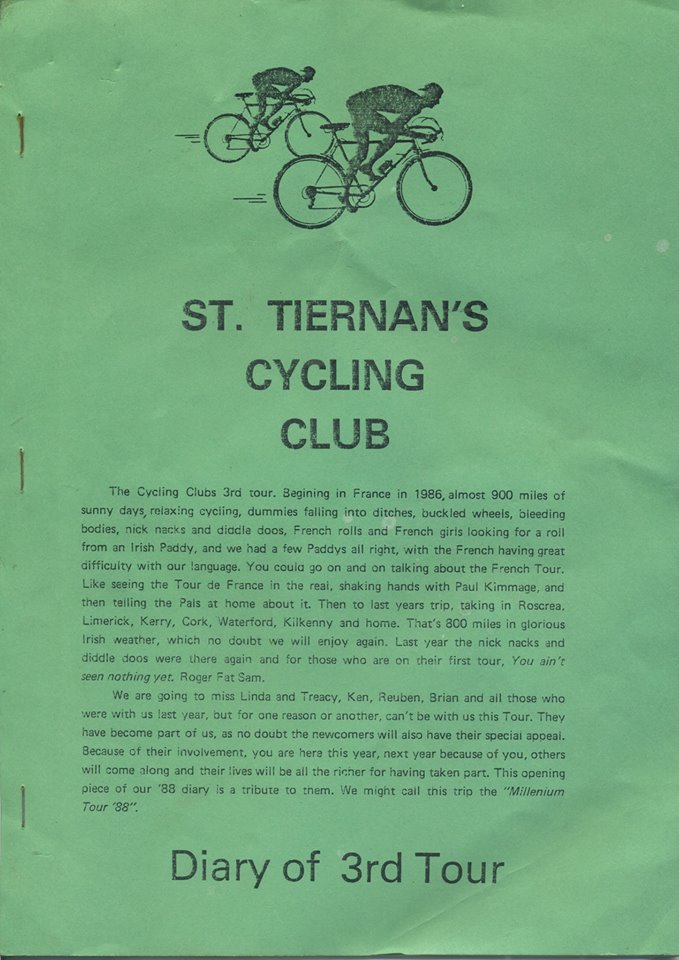 Reminder - Early starts are back.

No Replies to "Historic map of 1988 Summer Tour unearthed"