Coast to coast challenge raises more than €1,200 for cancer unit

September 5, 2014 – Seven St. Tiernan’s rider took on a coast-to-coast challenge last weekend that has raised in excess of €1,200 for the Denis Burkitt Cancer Unit at St James’s Hospital.

The room caters for the immediate family of patients who are in their last days and hours and it was brought to Haberlin’s attention that it is badly in need of refurbishment. He rallied the troops with the aim of providing the small amount it would take to achieve that and the St. Tiernan’s riders and friends filled in their sponsorship cards and completed the task in seven and a half hours.

Donations amounted to €1,257, hundreds more than Haberlin’s target of €800. You can contribute to the effort via Mycharity.ie. 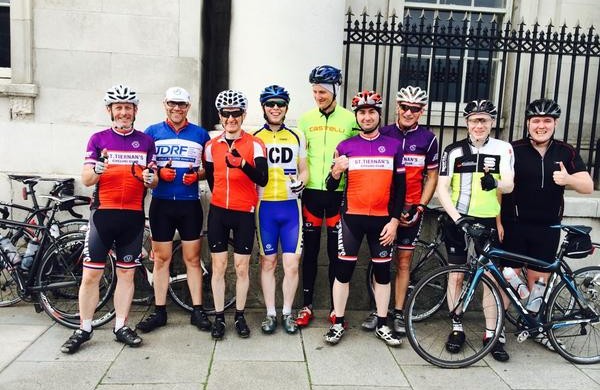 No Replies to "Coast to coast challenge raises more than €1,200 for cancer unit"