The trio left the bunch early on the 116km race and wrenched a one minute lead out to as much as three minutes over the hilly, 24km circuit. The racing was hard and fast and lasted almost to the line as Gater jumped in the final metres, leaving McKenna to sprint for second over Shaw.

Full results are on the Laragh Classic page and below is a more three dimensional look at an absolutely blinding day of racing at the foot of the Wicklow Mountains.

The break digs in

The race for the fabled Laragh Classic cobble was ON 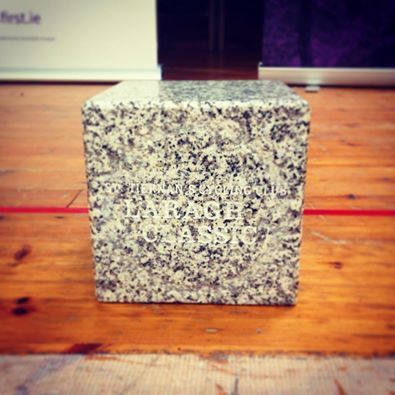 @StTiernansCC there they are now. Still together. McKenna in an Aquablue sandwich at flamme rouge.

Aquablue’s Keith Gater punches the air at the line, McKenna and Shaw sprinting for the final podium places

Glimpse of the undercard

When the course attacks

Last year’s A4 race winner, Fixx Rouleur Squeak O’Reilly, was also taken down on the tough and technical course. . .

@SqueakOReilly recover well. Big spill today at the #laraghclassic. Thanks to the #materhospital … the only thing broken is the bike

Coast to coast challenge raises more than €1,200 for cancer unit