Friends First St. Tiernans return to the Rás Tailteann for 2018

For the second year running, St. Tiernans Cycing Club will be represented in Irelands only Union Cycliste Internationale (UCI) categorised race, the 66th edition of the Rás Tailteann. Recounted by many current pro tour riders as an unpredictable and unique race, the 2018 edition moves away from its Dublin Castle start of the last few years and hits the road in Drogheda town this Sunday 20 May. The traditional finish in Skerries is retained and the race will traverse the southern end of the country over 1160 kilometres through what promises to be an extremely testing route.

The unpredictable nature of the Rás means every stage is one to watch but the riders of the 2018 edition will have their focus firmly on Stage 4 (Wednesday 23 May) and Stage 7 (Saturday 26 May) stages. Wednesday sees the race cover the mountains of Kerry and Cork while a rollercoaster ride in the Wicklow Mountains greets all on Saturday where crowds will be expected to be out in force.

Returning man of the Rás, James Quinn has been happy with the preparation of this year’s team which sees two returning riders from 2017 and 3 Rás debutants, “Similar to last year we have been present and correct at all the major stage races this year but what has been extremely positive has been the pick-up in results across the club and for all of the possible team members. Last year was our first year and was a very tough learning process but it has led to a number of riders stepping up to the plate this year. Contrary to trying to put together a squad there has been competition for places which is huge progress for a relatively small club. If we get to Skerries with three new men of the Rás it is a result as it is a huge physical and mental test but we have learned a lot so we are definitely approaching the race in a new way this year. This year we are pleased to announce that we are being supported by Science In Sport for the RAS 2018. They are kindly providing our riders with all their race and recovery nutrition. A vital complement to keeping them on the road throughout the week”

Brian O’Neill, Strategic Marketing Director with Friends First said “We are delighted to support the Friends First St. Tiernans Rás team and continue our association with the sport and aid with the development of the club. Just last year the clubs open race, the Friends First Laragh Classic, took a new and exciting route over the Wicklow Gap and to see the Rás cover the same ground this year will be a spectacle. The very fact that there has been competition for places on the team shows that our support is worthwhile in developing and driving the club forward and they have made great leaps this year. There are not many events in this country that can boast the depth and breadth of history the Rás Tailteann does and we are happy to be associated in some way with the 66th edition of this great national event.”

Uniquely, the Rás pits professional continental teams up against county and composite domestic teams and it is a combination that elevates it singularly above equivalent events on the race calendar. St. Tiernans highest finisher of 2017, Adam Greally, appreciates the contribution of the continental teams but also knows you cannot come into the race with a defensive mindset. “The pro teams are here to win and the majority of the county teams may have different goals but you have to ride this race the way you can and try not to be dictated to. A lot can happen in 4+ hours on the road so you really have to treat every day with 100% focus and just keep riding. Every rider is in some kind of battle in a race like this, whether they are vying for the leader’s jersey or want that finisher’s cap and medal in Skerries, everyone has a reason in this race and on that point it is a bit of an equaliser. We have a wealth of experience this year with our manager, John Wall being a man of a number of Ráseanna and our team soigneur being the very experienced St. Tiernans clubman, Brian Hayden. Saturdays stage (27 May) should be a real test and spectacle, the Shay Elliot, honouring Irelands first wearer of the Maillot Jaune at the Tour de France, and the Wicklow Gap being just two of the days climbs. It is certainly on our minds but we hope to see a lot of familiar faces on the gradients of the Wicklow Mountains. Donegal was a big test last year but there are not many flat roads in Munster and we hope we can get our entire squad around the course and back to Skerries to give the club three new men of the Rás.”

The 2018 Rás Tailteann will take place from Sunday, May 20 to Sunday, May 27. The race is a 2.2 event on the UCI Continental Calendar. Teams of five riders representing Continental Teams, Countries, Counties and Regions will contest the race. The St. Tiernans Friends First Team is made up of Riders James Quinn, Adam Greally, Kieran Regan, Niko Harmanen and Peter McColgan. 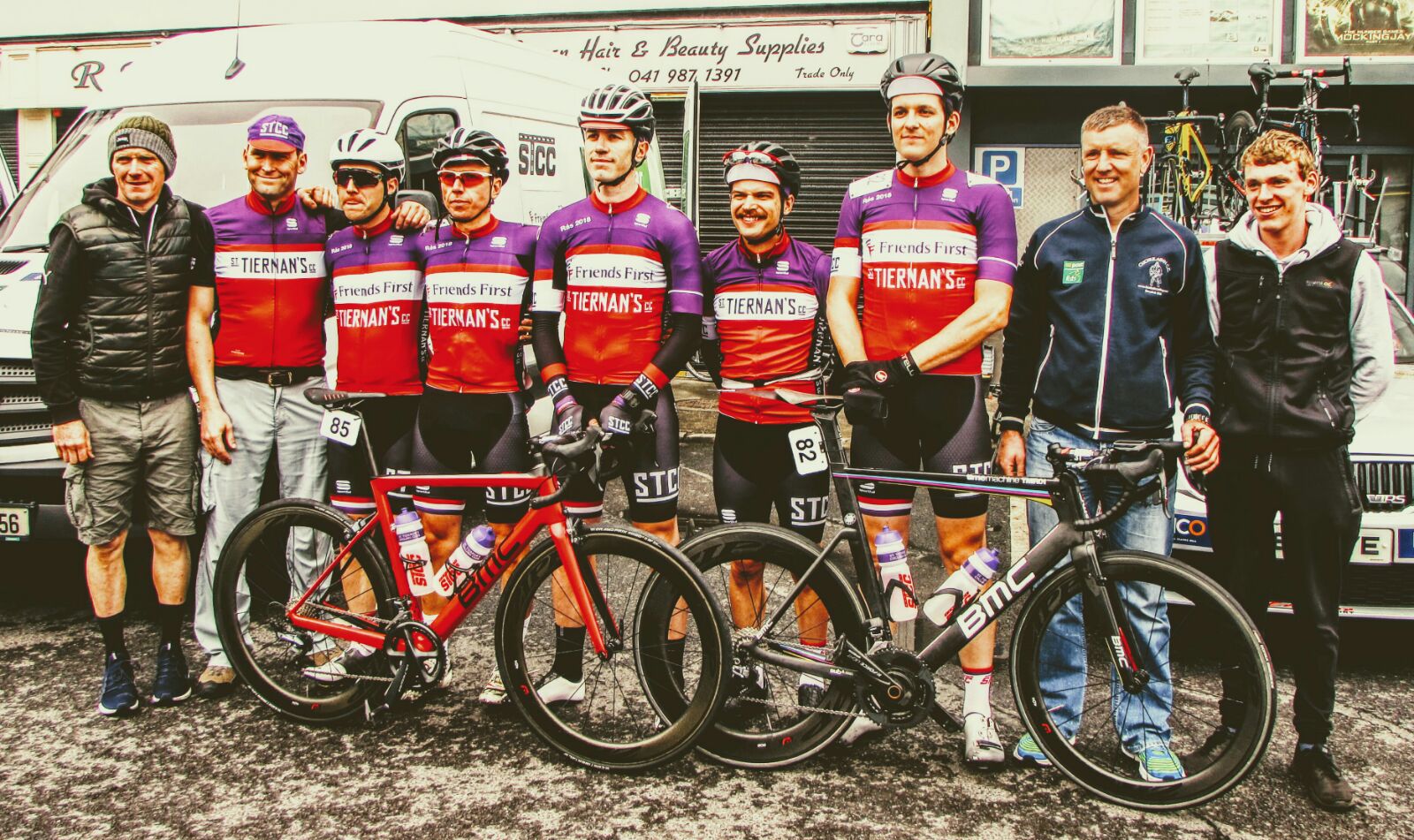 No Replies to "Friends First St. Tiernans return to the Rás Tailteann for 2018"