Thanks to Ronan Gallagher for the report
For those of you in the know, it’s common knowledge that I’m not the fastest on descents; indeed, I’m generally quicker going up hills! So it was off to Dungarvan last weekend for the Kelly Comeragh, the fourth instalment of the An Post Cycle Series, with its three CAT 1 climbs plus the drag into the Nire Valley.

It was hard to judge the number of participants, but it was definitely more than the number that took part last year. It wasn’t an exaggeration to say that over 1200 started the big one, with the organisers claiming that almost 8000 in total had participated over the weekend. There’s no doubt that it’s the largest amateur cycling event in the Irish calendar.

Initially, we struck out along the N25 before veering to Lemybrien and on to Carrick-on-Suir. Unfortunately, there was no Seskin Hill (it wasn’t long before I realised why) so we pushed on to Clonmel. As we passed through the first water stop, I bumped into our own Mr Joseph O’Flynn, who was in flying form. He pushed on while I had a loo stop, and that was the last I saw of him (just like Sligo in May)!!

Just as I had Clonmel in sight and was thinking of my first bottle refill, we were directed left on to the mountain road for Tickincor. It was tough and long – much longer than Seskin Hill, with the road littered with lads pushing their bicycles … no wonder Carrick Wheelers describe the climb as ‘brutal’. But once into my rhythm, I climbed well and was on top in good time, taking the long descent to Hillview Sports Club for the first refuel of the day. After about 10 minutes, I pushed off for Ballymacarbry, where we took the road to the Nire Valley and into the Comeragh mountains. The route climbs to approximately 400 metres and comes out at Powers the Pot, and from here it drops down to Rathgormack, where I took my main food stop of the day. And then we rejoined the main road from Dungarvan to Carrick-on-Suir, the very route we travelled earlier in the day.

At this stage there’s about 110km completed, but ahead was Mahon Falls. Another 400-metre climb to test the stamina, but again I was delighted with how well I rode. The tricky part was the descent, something I should have remembered from last year. The first km is particularly difficult and that’s where my trouble started for about the next 20kms! Cramp and tiredness set in and I struggled to maintain the pace from earlier in the day, although the climb up Mauma Road to Kilbrien (the third CAT 1 of the day) was completed strongly. By the time I reached Beary’s Cross and swung south for the last 15kms, I had recovered my composure and strength and was glad to be on the finishing straight. 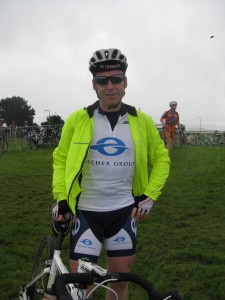 Arriving back into Dungarvan just after 15.00, I just missed the heavy shower which greeted those after me. I got cleaned up and went out to Crotty’s Bar to have two pints of Guinness. A great day and already I’m looking forward to the 2013 instalment.

No Replies to "Tour of Waterford 2012 Report"