ATTACK, attack, attack, was the policy for St. Tiernan’s seven-strong A3 National Championships team in Mayo on Sunday – and it nearly paid off.

McGettigan was in a break with two others and more than a two-minute gap. There were two further riders 20 seconds up the road and bridging to them looked a winning plan. 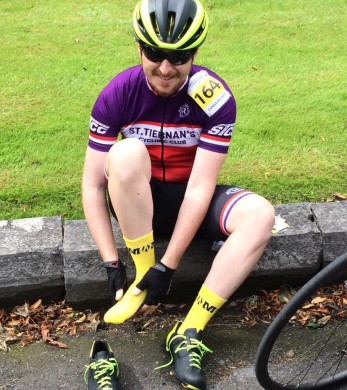 However, it was not to be. Like every other break, they were reeled in and it came down to a 60km bunch sprint, which Quinn attacked to secure sixth and second place for St. Tiernan’s in the team competition, behind neighbours Orwell Wheelers.

Directeur Sportif Fergal May said: “Great performances by the lads in Cong, not fully reflected in the final results. Virtually all the lads were on the attack at some point and they emptied the tank, so I’ve decided to renew all of their contracts for next year.”

St. Tiernan’s Racing Manager, Gallagher, added: “Thanks Fergal May and Michael Oliver Moran for doing support for us today. Great having you both there.

“Savage rides by all the lads with STCC well-represented in every break of the day.

“John Mc, John M and Adam were in the main breaks, but it all came back together before the finish and our Mr Reliable, James Quinn, got himself in the points (nearly A2 now) which helped with the disappointment of narrowly missing out on the team prize. There’ll be some sore legs in the morning!”

Further pushing the opinion that the team was hard-done-by was the winners, Orwell Wheelers.

Rider Bernard English said: “Respect to all the Tiernan’s lads in Cong. Ye are as tough as nails and rode aggressively all day. Lady luck was our side today, no doubt ye will be back next year. Chapeau from all the Orwell lads.” The race was won by Killarney’s Richard Maes. 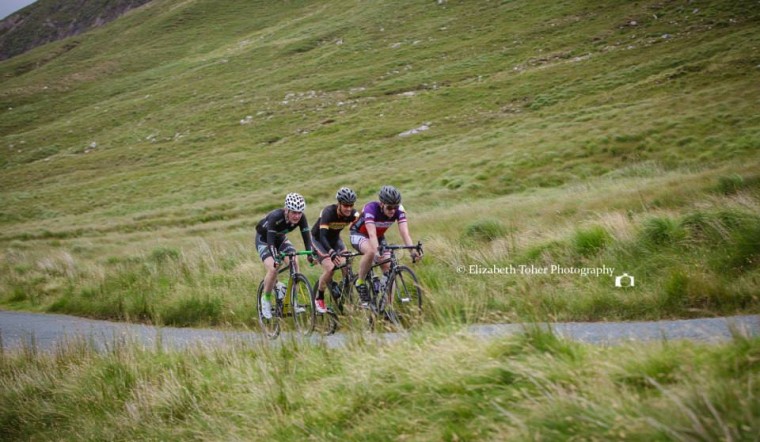 'He had cramped badly! All my Christmases had come at once'

No Replies to "A3s pipped by Orwell at National Champs"